Coronavirus: guidance for patients and visitors
<

The Art of Natural Hair Restoration

A life changing event led businessman Steven Campbell to decide on radical treatment. Here he shares his journey, in words and video diary.

I decided to have a hair transplant in November 2018. I’d been rushed to hospital with an emergency burst ulcer and had to stay in for the next two weeks undergoing several blood transfusions after coming out of intensive care. As someone who never stops and runs a fast-paced business, a long stay in hospital made me pause and reflect.

During my illness, I lost weight, and when I looked in the mirror, I realised I looked old. I’m only 56 and have experienced thinning hair since the age of 40. Without dramatising it too much, I realised time is precious and that spurred me on to do something about my hair.

I started to do some research. The most important aspect when choosing a hair transplant is how it looks after 18 months, which is the typical gestation period. So I narrowed my choice down to London-based surgeons and judged it on their final-look results, which is how I decided on Mr Chris D’Souza’s Harley Street clinic.

The first consultation with Mr D’Souza lasted around an hour and involved an initial evaluation of  my hair and donor areas. As Mr D’Souza said, ‘Every candidate for a hair transplant is different and no two patients can be treated the same.’ He explained the difference between FUE and FUT hair transplants. FUT (follicular unit transplantation) is the most common type of transplant. More commonly known as the strip procedure, it’s where the hair is transplanted in strips of naturally occurring groups of one to four hairs. It is good for people with large areas to fill or who want a fuller look, and takes less time than FUE (follicular unit extraction), which involves extracting individual hair follicles from a donor part of the body, usually the sides and back of the head (where the hair is strongest), and which leaves only tiny dot scars. I had FUE as this was most suited to my hair loss condition (it’s  usually good for smaller transplant areas).

‘The best candidates for hair treatments are those with stable hair, ie an older man,’ advises Mr D’Souza. ‘When you’re younger, it’s hard to say what your hair will do as you get older, which is why I always advise patients to wait as long as possible to ensure a hair transplant is the best option for them.’ He also advises men to consider steps to delay hair loss before having a surgical treatment. ‘Boots has an amazing hair-loss section on its website where it talks you through the first steps of stalling loss of hair and where you can order Regaine, a topical foam liquid that helps minimise hair loss and improve the quality that you already have.’

Men should also consider taking Propecia. The most common preventative medicine, it works scientifically to convert miniaturised (thinning) hair into better-quality follicles and is proven to work in 86 per cent of cases. Mr D’Souza recommended I take one tablet a day prior to my transplant to ensure my donor area hair was in its strongest condition possible.

I often see hair transplants being referred to as operations, but I’d call it a procedure, one that’s less painful than a visit to the dentist. The whole thing lasted around 10 hours. I was given regular food and drinks and an impressive choice of movies to watch so the time didn’t drag.

I had over 2,000 grafts done and probably the worst part was the local anaesthetic being injected into my scalp, but once it kicked in I couldn’t feel a thing, just some pressure and someone picking at my head which is normal. I didn’t even see any blood.

Depending on the transplant method, you can choose whether you want to have your head shaved totally or not. Mr D’Souza’s job seemed to be a lot easier if I did, so I opted for this to give him the best chance of success.

Post-procedure, my hairline was red from dried blood and it formed a slight crust. It wasn’t pretty and I experienced swelling around my eyes three to four days later, which Mr D’Souza explained was quite normal. After two weeks of rest, regular paracetamol and being looked after by my wife, I felt fine.

My friends and family were totally supportive.  I didn’t overly publicise that I’d had a hair transplant but I didn’t hide it either. If people asked, I told them as much as they wanted to know, although other balding men seem to have a sixth sense when it comes to spotting a transplanted hairline! Speaking to someone who has been through it seemed to give them the courage to try it, and at least four of my friends have said they are going to do it now.

After three months, new hair started to come through, although it takes a full 18 months for it to take properly. It’s good that it’s gradual, as it would look strange if it all came at once. People I’ve not seen for a while say I now look my age rather than 10 years older, which has always been my aim.

You will not be charged a fee until we have a treatment plan in place. 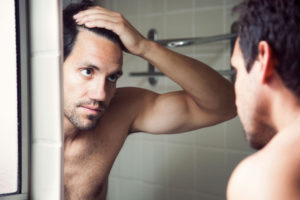 Am I too young for a Hair Transplant? 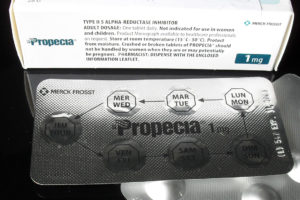 Do I really need to take medication?

Keep up to date with the latest in hair restoration.

With advice, the lowdown on treatments and the latest in scientific advancements.